The Origin of Stamp Collecting

In 1840 the first stamp to be produced was said to be One Penny Black of Great Britain. It was created at the beginning of 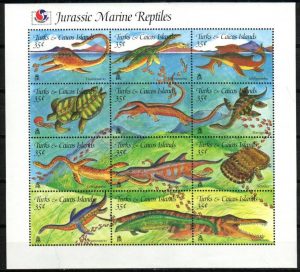 Queen Victoria’s reign, bearing the likeness of the young monarch. Stamps were originally introduced as labels so that mail could be pre-paid by the sender.

Prior to this innovation, the recipient paid for all mail, which made for an expensive and inefficient system. Almost ten years later, stamp usage had become widespread throughout the world, with almost every major country issuing its own stamps.

Since the introduction of stamps in 1840, stamp collecting has been a very popular hobby. In the United States, stamp collecting reached its peak in the mid-20th century. At this time, one in seven families owned a collection.

In comparison to other collecting hobbies, initial cost and a reminder of a cherished memory are two advantages to acquiring stamps. It is common for collectors to gather their first stamps at no cost by ordering through the mail.

Collectors don’t collect just for the low cost, many collectors associate stamps with joyful childhood memories, as stamps are regularly attached to gifts or postcards. These beautiful prints are not only aesthetically pleasing, but they also have the ability to remind a collector of the past. Each stamp depicts a story, whether it is its designer, printer, edition, or function. It is no surprise that the earliest recorded stamp collection was a Geography instructor’s teaching tool.

There is a wide range of options when acquiring a stamp collection. One can collect just about any kind of stamp you could think of and in various conditions. It is common for beginners to focus their efforts on the stamp selection available in their home country and then later narrowing or expanding their collecting confines to an individual specialty.

A collector may want to select a specific theme, as in recent years, collecting themed stamps has increased in popularity. Today almost every subject has appeared on a stamp – from animals, space, and cars to famous figures, sports, trains, or even stamps printed on stamps.

Once a stamp collector accumulates a worthy collection, the individual often begins to look for stamps that are more difficult to obtain. A collector may begin to look for a few of the country’s original issued stamps, which date to 1847. Some may even begin to search for extremely rare or older stamps from other countries. As with most collectibles, early stamp issues are more valuable due to their delicate nature and rarity.